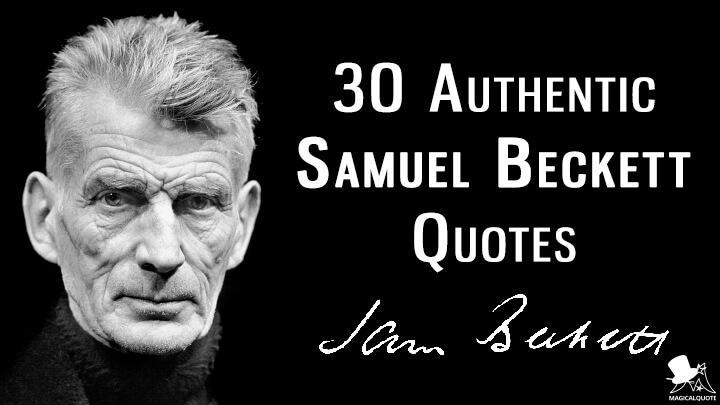 Samuel Beckett, in full Samuel Barclay Beckett, (born April 13, 1906, Foxrock, Dublin, Ireland – died December 22, 1989, Paris, France) was an Irish novelist, playwright, poet, and one of the key figures in the “Theatre of the Absurd.”

In 1969, Beckett was awarded the Nobel Prize for Literature “for his writing, which – in new forms for the novel and drama – in the destitution of modern man acquires its elevation.”

Every word is like an unnecessary stain on silence and nothingness.'Samuel Beckett Talks about Beckett' by John Gruen, in Vogue (December 1969)

The tears of the world are a constant quantity. For each one who begins to weep somewhere else another stops. The same is true of the laugh.'Act I' Waiting for Godot (1952) 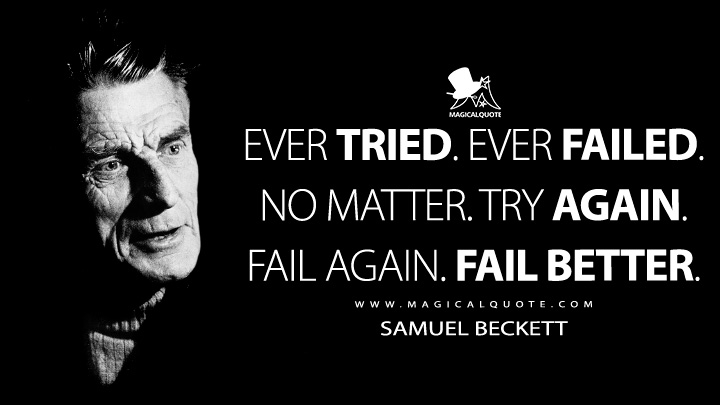 There is a little of everything, apparently, in nature, and freaks are common.'Part I' Molloy (1951)

The sun shone, having no alternative, on the nothing new.'Chapter 1' Murphy (1938) 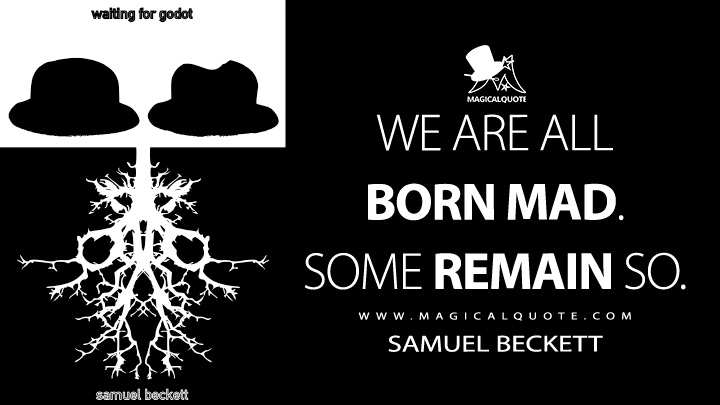 Nothing is more real than nothing.Malone Dies (1951)

In me there have always been two fools, among others, one asking nothing better than to stay where he is and the other imagining that life might be slightly less horrible a little further on.'Part I' Molloy (1951)

The words are everywhere, inside me, outside me.The Unnamable (1958) 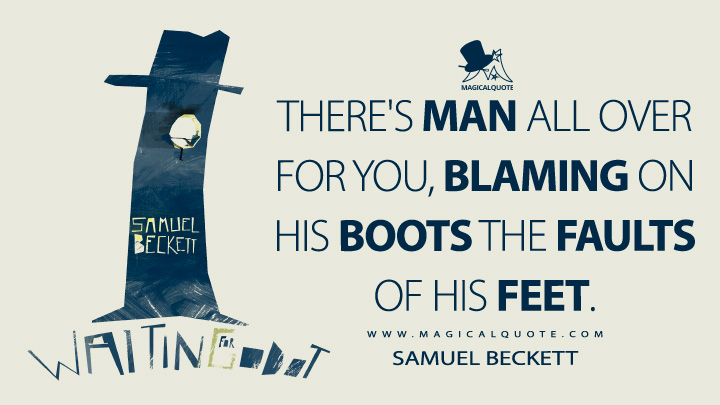 There’s man all over for you, blaming on his boots the faults of his feet.'Act I' Waiting for Godot (1952)

To him who has nothing it is forbidden not to relish filth.'Part I' Molloy (1951

The only sin is the sin of being born.'Samuel Beckett Talks About Beckett' by John Gruen, in Vogue (December 1969)

Nothing is funnier than unhappiness, I grant you that. Yes, yes, it’s the most comical thing in the world. And we laugh, we laugh, with a will, in the beginning. But it’s always the same thing. Yes, it’s like the funny story we have heard too often, we still find it funny, but we don’t laugh any more.Endgame (1957)

To restore silence is the role of objects.'Part I' Molloy (1951) 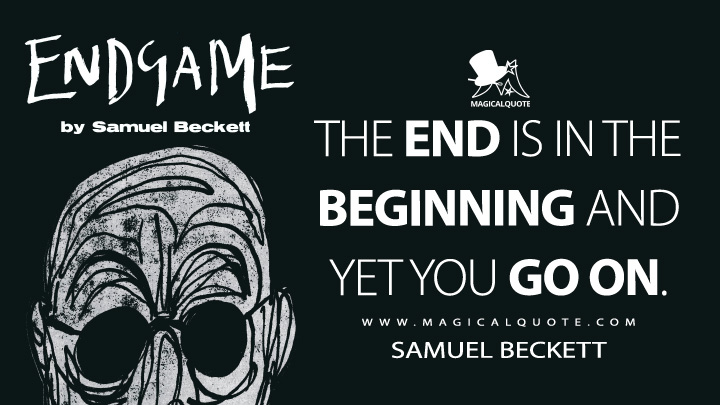 The end is in the beginning and yet you go on.Endgame (1957)

Nothing happens, nobody comes, nobody goes, it’s awful!'Act I,' Waiting for Godot (1952)

To find a form that accommodates the mess, that is the task of the artist now.'Interview with Samuel Beckett' by Tom Driver, Columbia University Forum 4 (summer 1961)

Memories are killing. So you must not think of certain things, of those that are dear to you, or rather you must think of them, for if you don’t there is the danger of finding them, in your mind, little by little.The Expelled (1946)

They give birth astride of a grave, the light gleams an instant, then it’s night once more.'Act II' Waiting for Godot (1952) 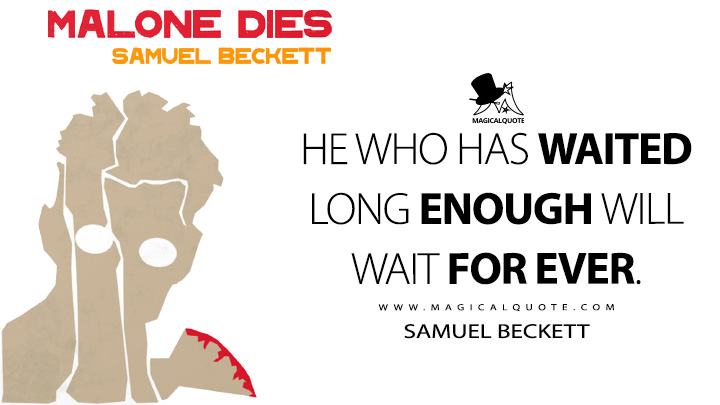 He who has waited long enough will wait forever.Malone Dies (1951)

How all becomes clear and simple when one opens an eye on the within, having of course previously exposed it to the without, in order to benefit by the contrast.The Unnamable (1958) 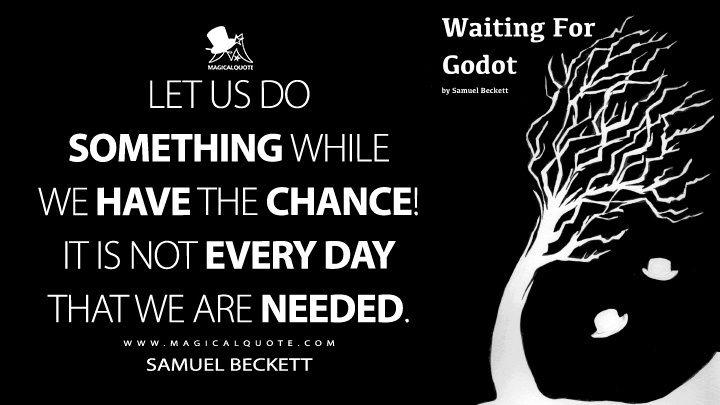 Let us do something while we have the chance! It is not every day that we are needed.'Act II' Waiting for Godot (1952)

ESTRAGON: Perhaps he could dance first and think afterwards, if it isn’t too much to ask him.
VLADIMIR: (to Pozzo). Would that be possible?
POZZO: By all means, nothing simpler. It’s the natural order.

In the landscape of extinction, precision is next to godliness.No source