Great thing about reporters. Tell them you have a story, and they’ll meet you anywhere.

There is no bright future in journalism. By the time you’re a features writer, there won’t be newspapers as we know them because it’ll just be a s*** storm on the Internet. People posting nasty, f***ing hateful opinions that aren’t even theirs because their editor told them to, to get clickbait for f***ing advertisers because the world is full of f***ing morons. It’s awful. It’s an awful future. 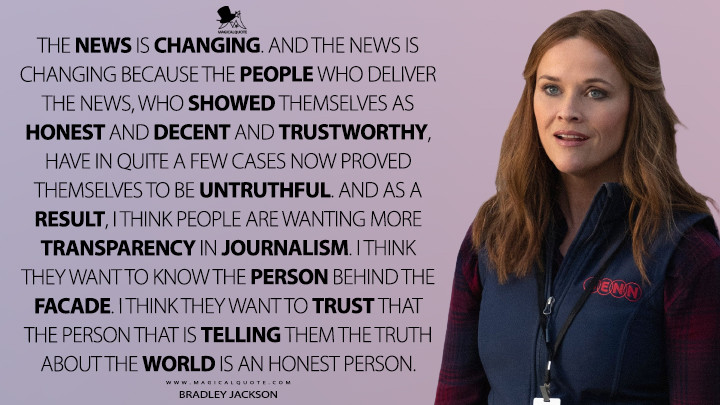 The news is changing. And the news is changing because the people who deliver the news, who showed themselves as honest and decent and trustworthy, have in quite a few cases now proved themselves to be untruthful. And as a result, I think people are wanting more transparency in journalism. I think they want to know the person behind the facade. I think they want to trust that the person that is telling them the truth about the world is an honest person.

In Mexico, if you’re a journalist, the truth can be hard to find. And harder to publish.