Only Fools and Horses Quotes 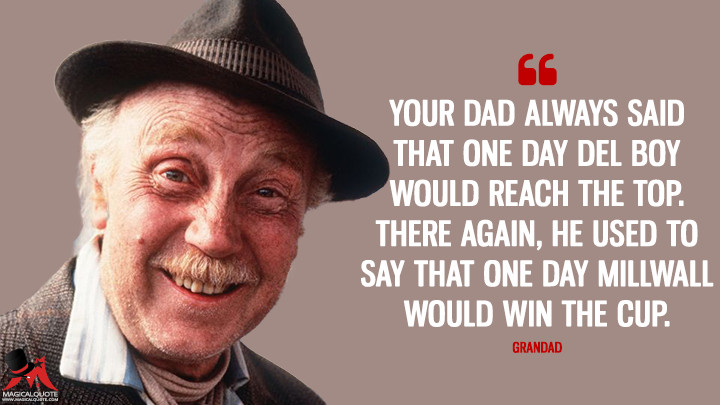 Your dad always said that one day Del Boy would reach the top. There again, he used to say that one day Millwall would win the cup.

He’s a Trotter. What more can you say about the man? A couple of years ago I went down the local library and read some ancient manuscripts written by the Elders of Peckham. Did you know, five hundred years ago this was a green and peaceful area? The old Earl of Peckham had a castle where the Kwik-Fit exhaust centre now stands. Flaxon-haired maidens used to dance round the village maypole of an evening. And then one fateful medievil day, the Trotter clan arrived in a stolen Zephyr. Before you knew it the flaxon-haired maidens were up the spout, the old Earl had been sold some hooky armour and someone nicked the maypole. A hundred years after that, the Black Death arrived in England. The people of Peckham thought their luck had changed.[to Mike] 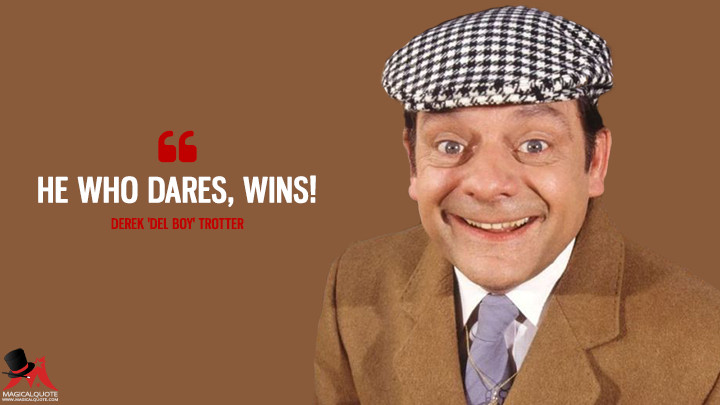 He who dares, wins![repeated line]

2
Find more about Only Fools and Horses on Amazon

You wanna be a bit more careful about your health, son. In the last half hour, you’ve done so much boot-licking you could be going down with cherry blossom poisoning.[to Roy]

What you got, a Wendy House?[Rodney says he and Mickey Pearce are starting small in the self-catering holiday trade] 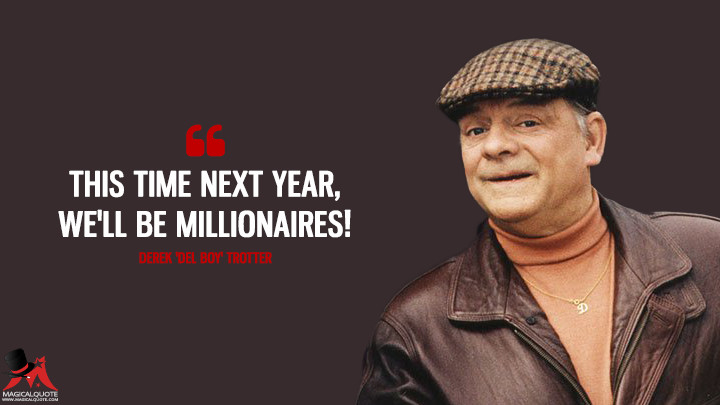 This time next year, we’ll be millionaires![repeated line]

The truth is only relative to what you can earn from a lie.

The only way to avoid a broken marriage is don’t turn up for the wedding.

She was a beautiful woman, a bit like Ginger Rodgers. Last time I saw her she looked more like Fred Astaire.[about Ada]

Public enemy number one? But he only left Tuesday![watching a news report about Del’s double]

Paint fumes? When Corinne comes back in here, she’s gonna find her kettle’s been knackered, her kitchen’s been turned into a Turkish bath and she’s got a Kentucky Fried Canary at the bottom of the cage. And we’re gonna say paint fumes?[to Rodney]

It’s amazing, innit? Everything you buy off him has got something missing.[although Del Boy promised Boycie a baby boy, he can only deliver a girl]

Only Fools and Horses Characters